Skip to Content
By continuing to use this site, you agree to the use of cookies. Find out more
Home Fashion Friday Fashion Friday- Thank You KOBE

On Jan 26, 2020 one of the greatest basketball players of all times Kobe Bryant passed away in a horrible helicopter crash with his daughter and 7 others. May God bless all of their souls. Moments like this make you realize how life is a gift to all of us.
We all know who Kobe was and for the past 24 years we witnessed greatness. How ironic it is his number was 24 and he played 20 years with the LA Lakers and was retired 4 years before his death.
As we all know Kobe was so good that he came straight from high school to the NBA. During his 20 years with the Lakers he won 5 championships and he is the only player in NBA history to have two numbers retired. He first wore #8 then half way through his career he changed his number to #24. I wonder why? If you know me you know my football number is 24. Having that connection was everything to me being an athlete as well.
Kobe’s life seemed to develop even more as a family and business man after he retired #girldad. He also won an Oscar how cool was that, the man was just great!

Back in 2001 when I was managing Baseline Studio the home of Rocafella’s Records, I met Kobe Bryant. He came by the studio to listen to some new tracks Jayz had done. I met a lot of celebrities and athletes in my life time and I gotta say Kobe was cool as f$!*. After listening to some tracks we headed back to the lounge where we were watching the Yankees’s game. Jay asked Kobe if he had played baseball who would his game would be like. Without hesitation he said Derek Jeter. Kobe’s reasoning for picking Jeter was “He’s a Winner” and I want to win just as much. How crazy it is that both Jeter & Kobe have the same career ? Played 20 years with one team and won 5 championships. I’m a Knicks fan(Yes, I know) but THAT day I became a Kobe Bryant fan. I feel honored and blessed have met Kobe Bryant,.

Thank You for being who you were.

We can all agree Kobe Bryant was a legend without a doubt, and after his retirement he was becoming a legendary father. The same work ethic he had on the court he had as a father. Kobe and his wife Vanessa have 4 daughter’s and his daughter Gigi was the one following in his footsteps. Her dream was to play in the WNBA one day. Kobe was doing what any proud father would do, supporting his daughter’s dream. They were on their way to Gigi’s game when tragedy struck. I still can’t believed this happened just like most of us but wanted to share my thoughts on it. I also send my prayers to Kobe’s family and to all the families that lost a love one and child. There’s no greater pain.

We wanted to honor Kobe Byrant’s legacy and the best way for us to do it is to dedicated this week’s #FashionFriday to both Kobe and Gigi. 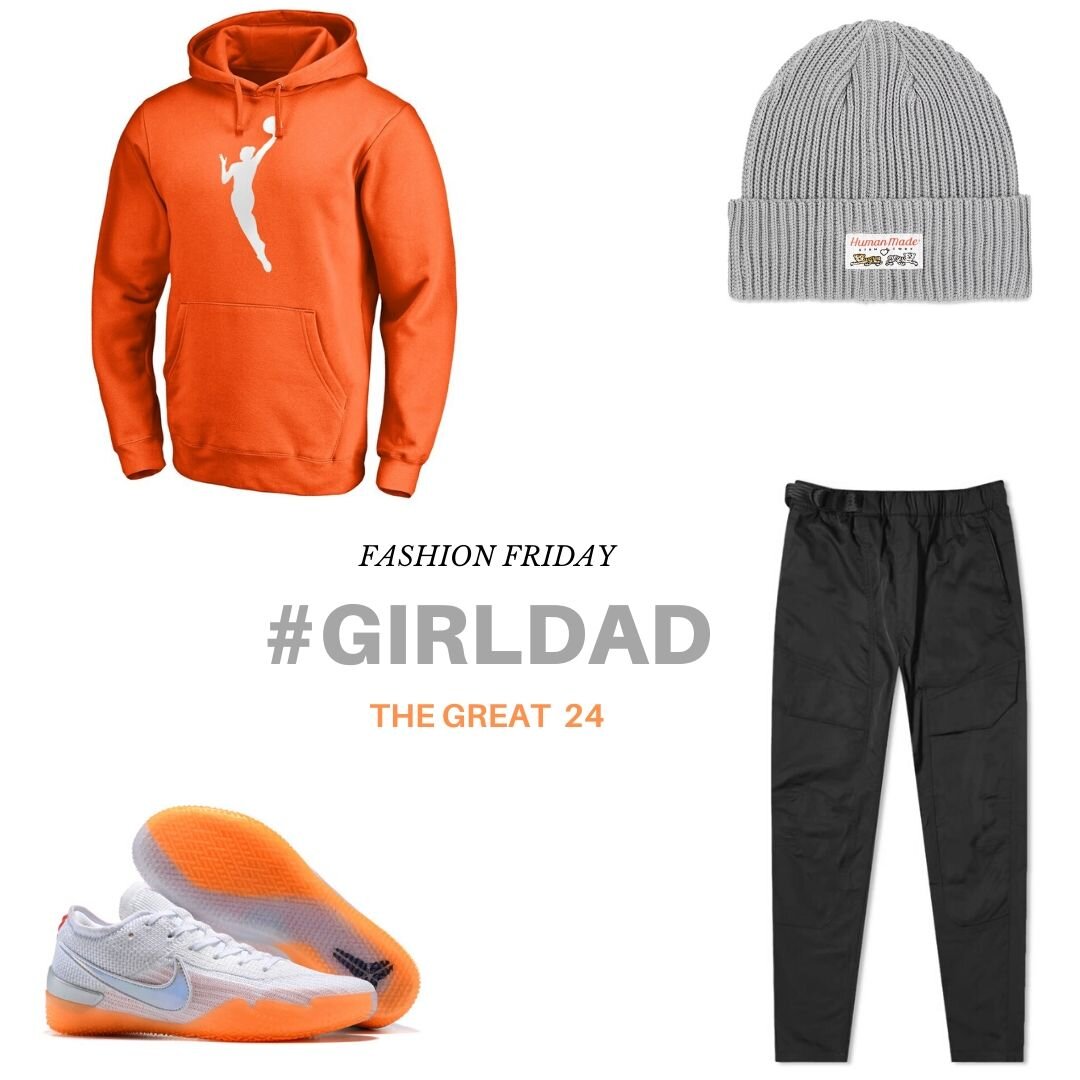 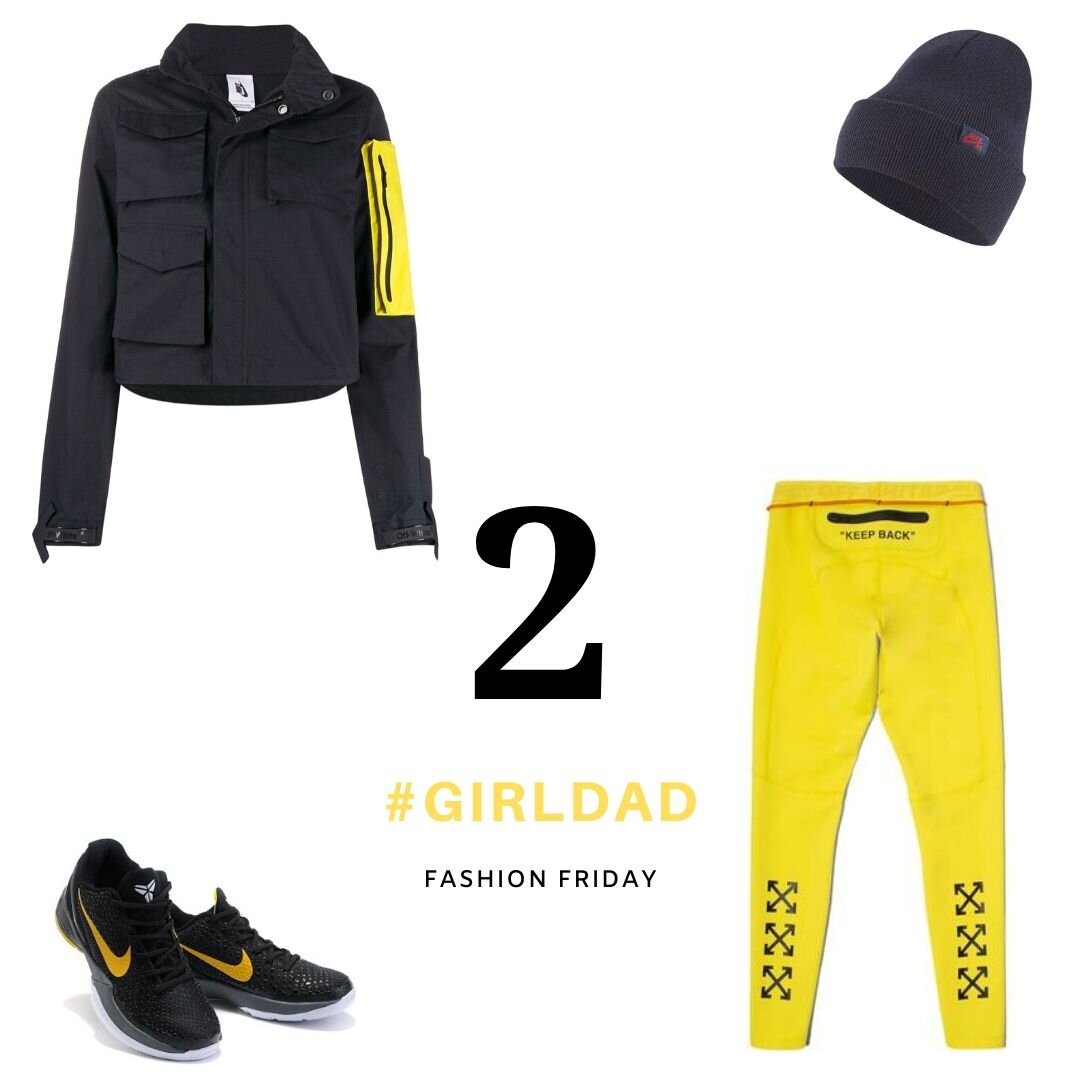 “The most important thing is to try to inspire people so that they can be great in whatever they want to do.”~Kobe Bryant

If you want to honor Kobe and don’t know how to, start by living by his words. We can all inspire each other to be great!!! Once again Thank you Kobe, The Great 24!